Of Resolutions, Goals, Intentions, and Expectations 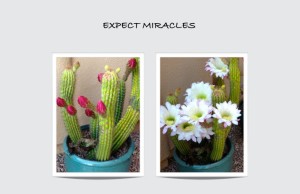 I’m so sensitive to words and the meanings that have been imbedded either by Daniel Webster, or culture, or my own personal history. “Resolution” stirs up memories of thinking of something really serious that involves toil and quite possibly sacrifice to have it pass muster as a worthwhile resolution. In years past, the concept of “making a resolution” (When did it become plural?) also placed positive results pretty high up over the bar to be able to leap to success. Usually beyond my honest desire or current capability and so… doomed to failure. “Be it resolved,” also loomed on the horizon accompanied by more sacrifice and hard work.

Most of my colleagues, cohorts, and companions also do not make resolutions anymore. Is it because many of us are over fifty and have gotten bored with the repetition of the ritual? Is it precisely because we ARE over fifty and have pretty much become comfortable in our own skin? Striving for perfection had some heavy anxiety attached for me. Is it because we found going with the flow is the easier, softer way? I’m reminded of a friend’s saying, “progress, not perfection.”

The only really cool resolution I heard this year was “I have resolved to accept myself exactly as I am.” This from a mid-40s woman with two kids, another full-time job outside the home, and a partner who travels–a lot.

Intentions and goals seem to have more flexibility than resolutions. Intentions because they allow, even call for, detours and expansions. Goals because they call for measurable steps with possibilities of an expanded and collapsed timeline.

But the most inclusive, compassionate, and positive for me are expectations.

Eileen Caddy of The Findhorn Community in Scotland says this of expectations:

“Expect your every need to be met, expect the answer to every problem, expect abundance on every level. You are not living by human laws. Expect miracles and see them take place. Hold ever before you the thought of prosperity and abundance, and know that your doing so sets in motion forces that will bring it into being.”