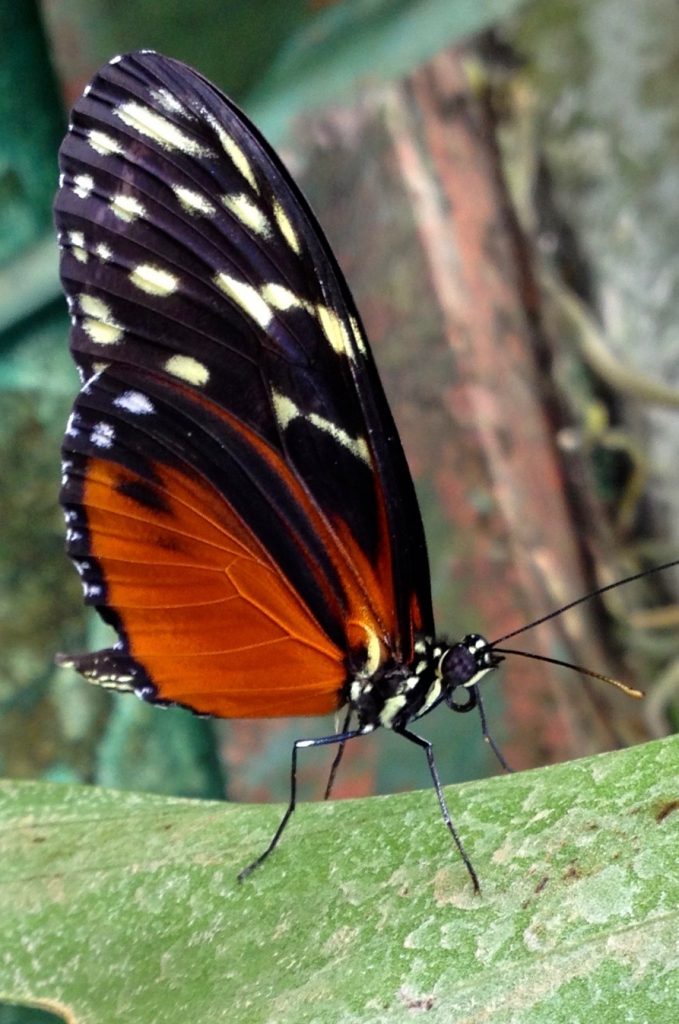 A Director of Finance in Italy stared at the check with many zeros after a 7. She had no idea what promoted this unexpected generous donation. Her 16-year-old high school intern looked over her shoulder and muttered, “Maybe it’s like that butterfly effect.”

What if twenty days earlier I paused as I picked up my bag to leave my local Safeway market here in Tucson, looked into the masked cashier’s eyes, and said, “Have an astounding and lovely day.”

Mr. Cashier repeated his version of the farewell to the next customer.

Ms. Customer gave a thumbs-up and sashayed out to her car. She turned to her partner who was fidgeting impatiently in the car. “Isn’t this just a beautiful day, sweetie?”

When they get home Passenger repeats this remark (with or without the sweetie) to the mail carrier depositing the usual offering of junk mail in their mailbox. “Uh, I guess,” says Mrs. Mail Carrier.

Back at the mail depot Mrs. Mail Carrier, who is feeling the vibe, wishes her colleague a fabulous weekend.

Mr. Depot Person goes home and writes a letter, not an email but a real letter, to his brother who lives in Oregon saying he misses him and was remembering the fabulous week they spent in NYC  museum and bar-hopping when they were just out of high school.

Brother reads the letter to his sweetheart.

Sweetheart is moved to send some childhood photos to her former teacher who now lives in Italy but taught her about Renaissance art when she was in high school.

Teacher dabbles in art and paints her version of that young blonde-hair-in-braids high schooler staring with longing at Michelangelo’s “Creation of Adam.”

The painting sells for an unbelievable amount of money at a local auction and Teacher donates the money to a small obscure non-profit in her hometown in Ortigia, Italy that is dedicated to helping children.

So there you go, Ms. DOF. The Butterfly Effect. 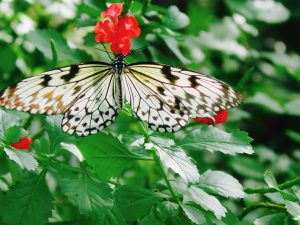 What is the Butterfly Effect?

How Did the Butterfly Effect Begin?

In 1961, Edward Lorenz, an American mathematician and meteorologist, was running a numerical computer model to redo a weather prediction from the middle of the previous run as a shortcut. He entered the initial condition 0.506 from the printout instead of entering the full 0.506127 value. He was amazed to find the result was a completely different weather scenario.

One small change and a huge result. Some say this was the beginning of chaos theory. According to Lorenz, he didn’t have a title for a talk he was to present about this discovery at a meeting of the American Association for the Advancement of Science in 1972. Philip Merrilees concocted the title Does the flap of a butterfly’s wings in Brazil set off a tornado in Texas? as a title.[12]

The idea that the death of one butterfly could eventually have a far-reaching ripple effect on subsequent historical events made its earliest known appearance in “A Sound of Thunder,” a 1952 short story by Ray Bradbury about time travel.[5]

Most folks like to have their small butterfly actions yield sure and certain consequences. Lorenz suggested, correctly, with his butterfly metaphor that predictability “is inherently limited,” which dilutes the idea of good results being an absolute guarantee.

But the social interpretation seems to prevail. Think about Pay it Forward, the power of positive thinking, Random Acts of Kindness, Flash mob music groups, the Wave.

Maybe we cannot guarantee 100% positive outcomes but it sure is fun to give it a go. Sources: Spirit Vine retreats April 2019. Wikipedia.  You Tube Brainwave Music. My friends at CSLT

Ethel Lee-Miller blogs regularly about people, the power of words, and the writing life. She’s retired from professional writing gigs after 30 years of teaching, coaching, editing, and gathering writers to publicly share their work. She is the author of Thinking of Miller Place, and Seedlings, Stories of Relationships. In retirement she’s writing to inspire, to connect with folks, and for the pure enjoyment of it, and sharing stories at Odyssey Storytelling, Zoom gatherings, and anywhere there’s a Zoom mic.